The project from 2018 – 2020 was on show in the Inner West of Sydney. https://www.airspaceprojects.com.au/maryanne-coutts

After the first 5 years I exhibited the whole DRESS CODE project at the Post Office Gallery in Ballarat. 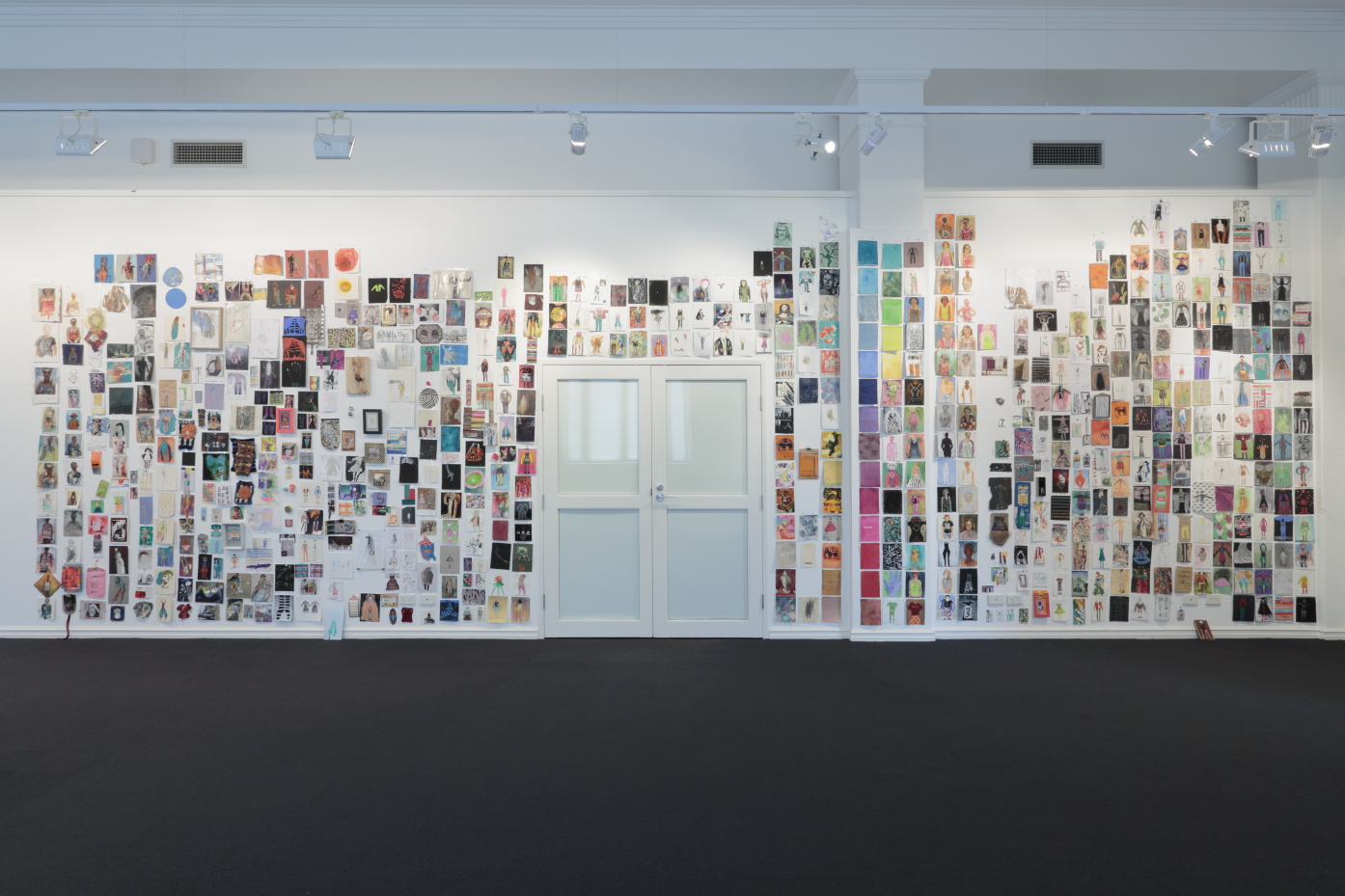 Several months of Dress Code drawings were included in Systems of Objects Curated by Jaime Tsai in the. See the catalogue HERE

Lynne Eastaway curated a collection of my drawings from July in Articulate Project Space’s Have Your Say in December 2015. Photographs courtesy of Garry Warner. See more HERE

From April 20 to May 23 2015, selected sequences from the last year of Dress Code. See more HERE

The first 6 months of White News was part of my show ‘Threads’ at Articulate Project Space in Leichhardt, Sydney.

It was also the launch of my drawing project ‘Threads’ which a global drawing which maps communities by drawing group photographs.

I exhibited the first 6 months of the Dress Code Project at the Drawing Room in King’s Cross in October 2013.